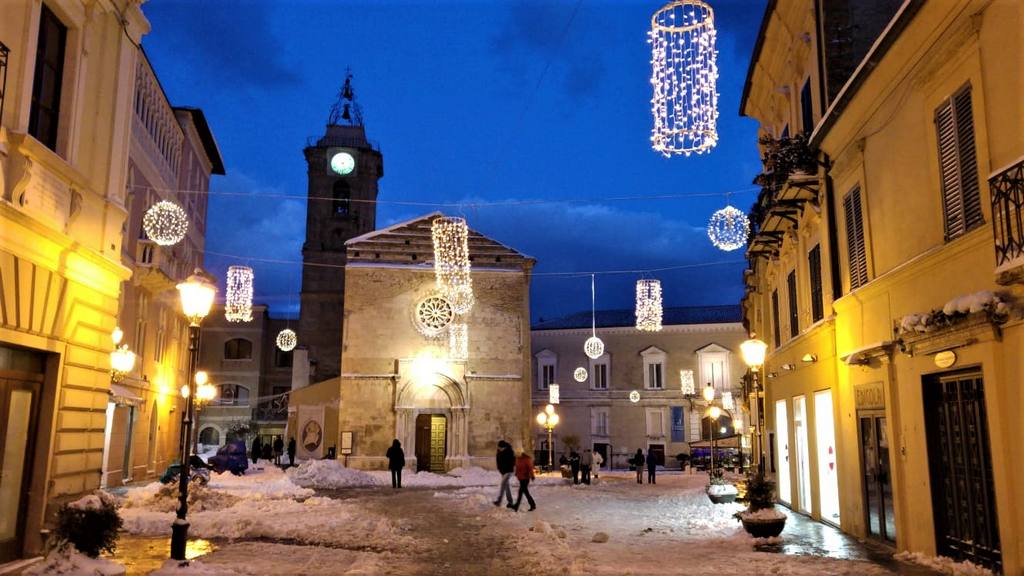 Everywhere, Christmas is the time of cheer and Abruzzo, Italy is not an exception. Our traditions can truly make you feel the Italian Christmas spirit anywhere: on the streets, with the representation of the ‘presepe vivente‘ or other historical events like ‘N’docciata’, but also on the table, where the abundance can definitely make you celebrate this festive time properly. Sharing is key for all Italians. We share and exchange gifts, we prepare and eat a lot of foods (there are many Italians who stop diet to enjoy Christmas food) and have a lot of fun. We spend a lot of time during the Christmas holiday playing cards and the famous Tombola (the Italian version of “Bingo”).

And since it’s almost Christmas time, we want to share something with you too: the most famous Abruzzo Christmas Recipes. If you want to try to make the Italian Christmas lunch, even if you are not based in Italy you will be able to do it.

At Christmas the value of family it’s the stronger feeling in the Italian and Abruzzese culture. Families always reunite in this period; all Italians come back home to their own family. The Southern who live and work in the north of Italy come back home in their hometown because, as we say, ‘Natale con i tuoi e Pasqua con chi vuoi’ which means ‘Christmas with your relatives and Easter with whoever you want‘: this common expression is 100% real.

Some Italian guys made a joke to their families by calling them and saying that they wouldn’t come back home for Christmas. We let you see the reactions of their families.

Agnone, a mountain town of the high Molise, a region that a few decades ago was part of Abruzzo, is known for its ancient production of bells; it’s also known for the tradition of the N’docciata.

At first, the N’doccia (dialectal phoneme which stands for “big torch”) was part of the pagan ritual, related with the winter solstice of the 21st of December. Today, this ancient tradition is celebrated on December 8th (Immacolata Concezione) and December 24th (Christmas’ Eve).

Traditionally, the N’doccia has the shape of a fan or an aura and is made of fir. It is composed of multiple torches that range from two to twenty and it’s carried by a group of men, dressed as farmers. If the N’doccia is too big because it has too many torches, it requires more than one man.

One of the most known and famous events of Abruzzo is the Presepe Vivente (the living nativity scene). The Presepe Vivente of Rivisondoli has an ancient history; it dates back to after the Second World War when the souls of Christians need joy and serenity after one of the hardest and toughest wars that our country remembers. The representation of the birth of Jesus is represented in almost every Abruzzese village, but the Presepe of Rivisondoli (province of L’Aquila) is one of the most evocative ever made. People come from every part of Abruzzo and beyond to take part in it.

After dinner, the majority of Italians go to the midnight Mass, one of the most significant religious moments of the Italian Christmas tradition.

During the holiday season, food is one of the main characters. It’s through food that Italians express their traditions. Every festivity has its traditional dishes.

On the Abruzzese table, we usually eat the Cardoons Broth and the Lasagna.

The Cardoons Broth is a typical dish of the Abruzzo region; the delicious broth normally includes these ingredients: onions, carrots and celery. To this, we usually add some little meatballs, cheese, eggs and most importantly the cardoons, which is a vegetable originating in the Mediterranean with a delicate taste that gives its unique flavour to the broth.

After the broth, on almost every Abruzzese tables, comes the Lasagna. It has Emilian origins, but it’s loved in Abruzzo and the rest of Italy. This dish is perfect for the Christmas lunch due to the richness of its ingredients. The most common lasagna recipe makes it red, which means that it is made with the Ragù sauce together with mozzarella, grated Parmesan and bechamel (white sauce), which is not required.

Sometimes in Abruzzo, in addition to the Cardoons Broth and the Lasagna, you can also find the Cannelloni made with Ragù sauce and bechamel, like lasagna. And of course, the traditional “maccheroni” alla chitarra (guitar) with meat sauce.

Here we are at the desserts. Even in this case, the most common desserts we usually eat in Abruzzo at Christmas are not so healthy. But it’s Christmas time and we are in Italy so everything is fine! We will think about the scale later!

In addition to the popular national desserts: Panettone, Pandoro and Torrone.

After a Christmas lunch like that, we usually take a nap better known as ‘pennichella’, rigorously on the couch and near the fireplace. This is also part of the Italian tradition, especially in the south (including Abruzzo). Once the nap is over,
(and this can vary from 15 minutes to 1 hour), it’s time to play with the Neapolitan cards or Tombola.

Playing cards during the holiday season is a very much felt tradition. Usually, people reunite for night games before, during and after the Christmas holiday. Some games are played with money, but this is not taken seriously.

The top three card games are:

For Sette e Mezzo and Cucù we use the Neapolitan cards (the Neapolitan version is the most used in Abruzzo). There are four suits: Bastoni (clubs), Spade (swords), Denari (money) and Coppe (Cups). Every suit goes from one to ten. The card number eight is ‘the woman’, card number nine is ‘the horse’ and card number ten is ‘the king’.

Regarding ‘Merchant at the fair‘, the cards used are different from the Neapolitan. In this game, there are two decks: the red one and the blue one. The red deck shows a different illustration of something on every card and the blue deck is an exact copy of the red one.

The Tombola is the most popular game at Christmas, and it’s what we consider an evergreen game. Almost all Italians have played Tombola at least once in their life; it’s extremely traditional and simple. Indeed, even children know how to play this game. Tombola was born in Naples and it’s very similar to the American Bingo.

The differences between Bingo and Tombola are just a few. First of all, Tombola has ninety numbers, not seventy-five like Bingo; every card has three grids, each grid has five numbers which means that every card has fifteen numbers.

When you cover all the fifteen numbers of your card before anybody else… It’s a tombola! At this point, you must yell ‘TOMBOLA’ and you win the biggest prize. In some cases, there is also a consolation prize, called ‘tombolino’ (little tombola). The second person who covers all the numbers of his/her card wins the tombolino.

At Christmas in Italy, we find in card games or tombola an easy way to stay together and have fun. It’s probably one of the most significant moments of this festivity because the game can make people closer.

Is Christmas a good time to visit Italy?

During the festive holiday, there are a lot of unique experiences and funny moments you can live in Italy. The typical dishes of this season might be sweet, fried and very tasty but they are still genuine. In many families, the majority of recipes are prepared with zero km food.

Diving in all of these traditions makes you feel a ‘real Italian’.

In this season the weather in Abruzzo is diverse. In the mountain area, it’s possible to go skiing looking at the sea, in particular at Roccaraso or Ovindoli (two of the most famous mountain areas in Abruzzo); in the coastal area, the weather is warmer, and it rarely snows in December.

Here you can find the article that talks about the experience of skiing looking at the sea.

Italy is unique and if you want to feel like a real Italian’ coming to Abruzzo, Italy during the winter holidays will make you feel part of a big family and we are sure you will love the feeling!

If you have any questions or curiosities, just get in touch with us and we will be happy to answer them. And if you’re not quite ready to make an enquiry, sign up to our free email course to learn everything you need to know about planning a tour of Abruzzo.

Food, Culture and Wellness in the Hidden Emilia Romagna 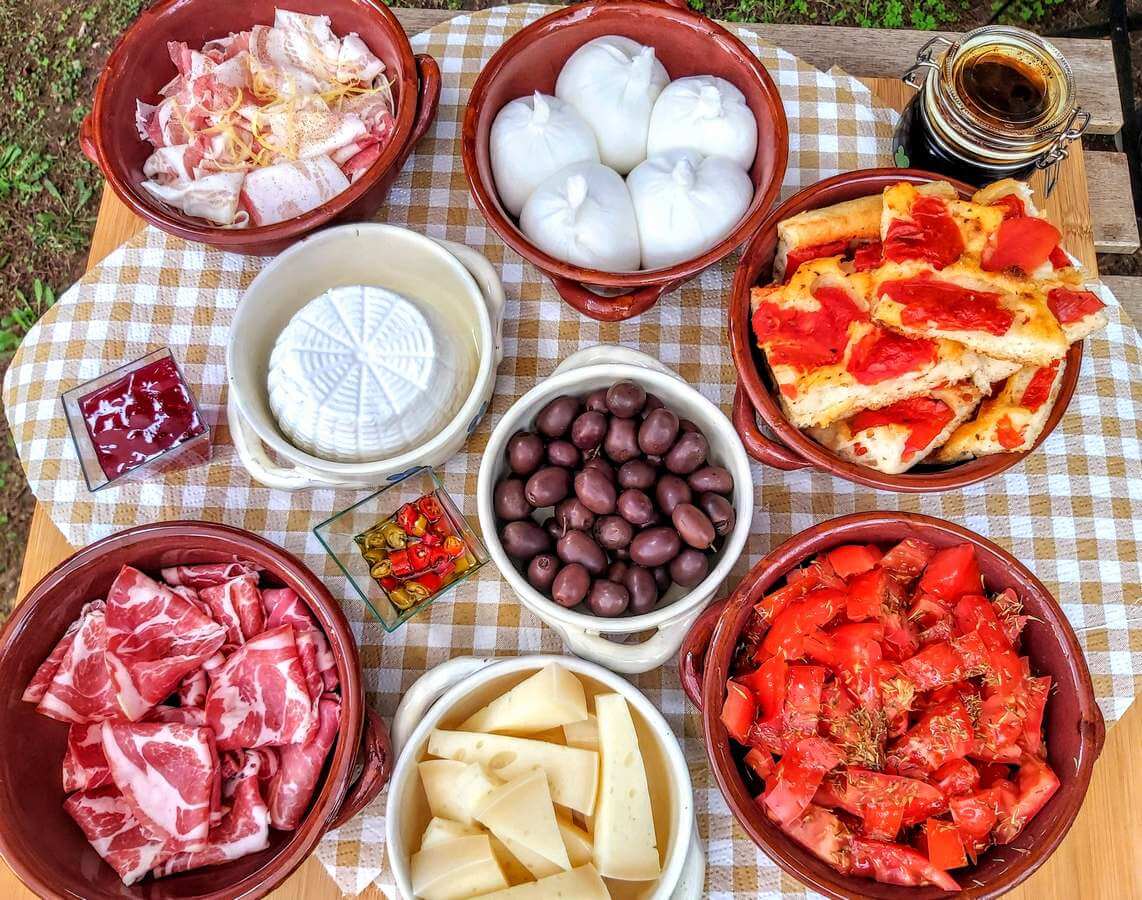 What to eat in Puglia Italy, discover the best local foods 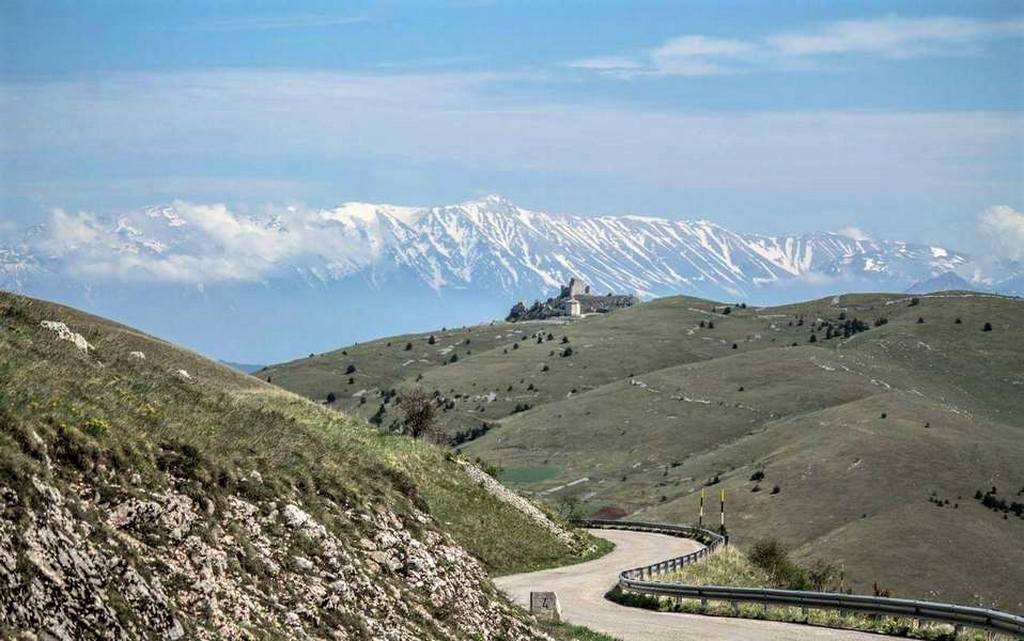 Up and down the Abruzzo mountains, with a scent of the sea

Italy vacation packages, join us on a memorable trip

If you have any questions or an Abruzzo vacation idea for yourself or a group that you would like to discuss with Italia Sweet Italia please do get in touch by any of the methods below: